The following item was written by Russell Wilkins, a second cousin of mine.

Albert Edward Wilkins was my father. This profile contains information and some anecdotes he told me and some details of family history, that I have gained mainly from photographs and his habit of writing details of the photograph on the back.

Ted was born on 27th July 1923 in Abbey Wood (Vincent Terrace, Abbey Road). He was the only child of Albert Henry Wilkins and Beatrice Louisa Wilkins (nee Tothill). As a child / young man he was known as Eddie and later as Ted.

Although his father Albert Henry died tragically of heart failure when Eddie was only five, he had already had several holidays with him at Ramsgate, Eastbourne and Isle of Wight. 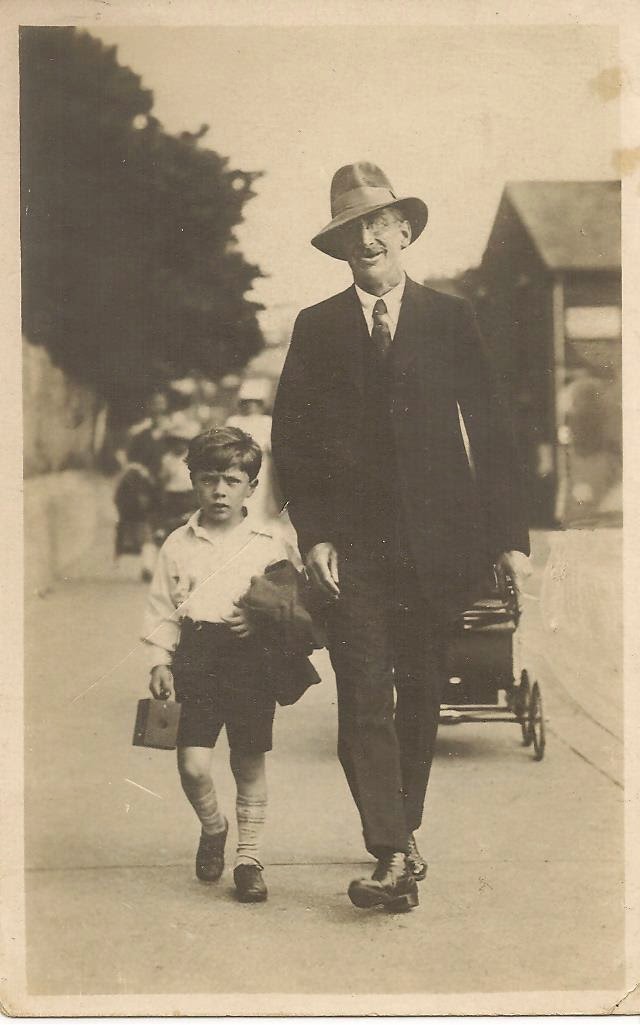 After the death of his father, his mother Beatrice continued to run the “Wilkins Dining Rooms” and “The Four Aces Snack Bar” which were family owned and provided Eddie with a happy and quite privileged childhood. 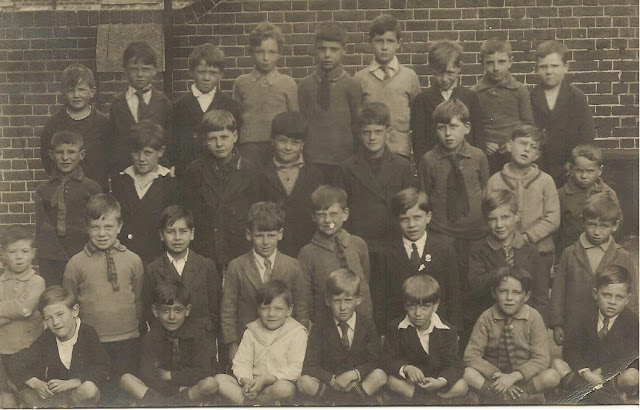 Living in and around the family businesses, he became a great collector of cigarette cards, collecting over one hundred and fifty sets. He also had a considerable stamp collection. Although he had no brothers or sisters he was very close to his cousin Ron (Finnis) also his cousin Florrie (Wilkins) and his Aunt Daisy (Finnis). 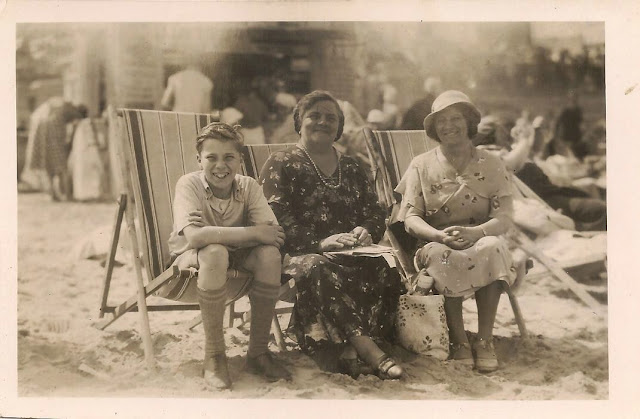 Young Eddie with his Mum Beatrice and her sister Daisy Finnis

Eddie was almost 15 years old when he started work for the Electricity Board, but when the 2nd World War started he was called upon to be an ARP warden. 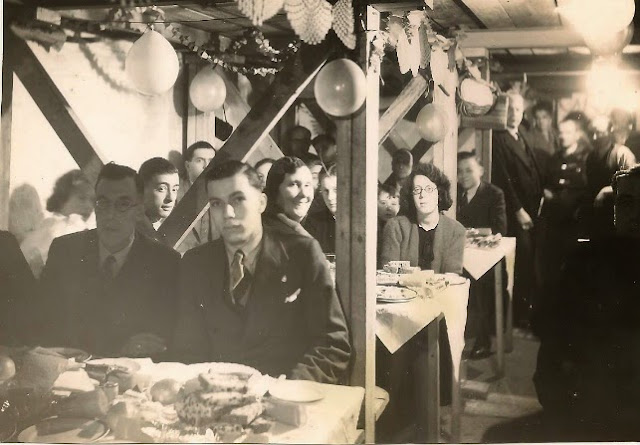 Eddie (in foreground) with other ARP wardens at Christmas Dinner in shelter under Burton’s shop in Powis Street, Woolwich.

In 1942 when he was 19 years old, Eddie joined the Royal Air Force, Transport Command. It was in 1943 when he left from Glasgow, sailing down the Clyde on the Orient Line troopship The Orion via Cape Town to Durban. On route their convoy picked up two seaman who had been adrift for 84 days. From Durban my father boarded The Bergenfjord, a Norwegian ship “that made the Orion seem luxurious”. They sailed northward, my Dad said that a big moment for him was when he was leaning over the ship’s rail one late afternoon, when he noticed some of the convoy move off eastward and he thought “thank God I’m going to Egypt not India”. His next stop on ship was Aden then into the Red Sea, to Port Tewfic on the Suez Canal Egypt where he disembarked. He spent 1943/4 in North Africa, moving from Ismalia, Suez, Jemalia, Cairo, Giza, Tourbrook, Benghazi, Borca Pass, Tripoli and Tunis in April 1944. From June 1944 he was in Sicily, Catania and Palermo. While he was in Sicily, Vesuvius erupted and the RAF evacuated all inhabitants from the village of San Sabastiano on the slopes of Vesuvius, without any casualties. 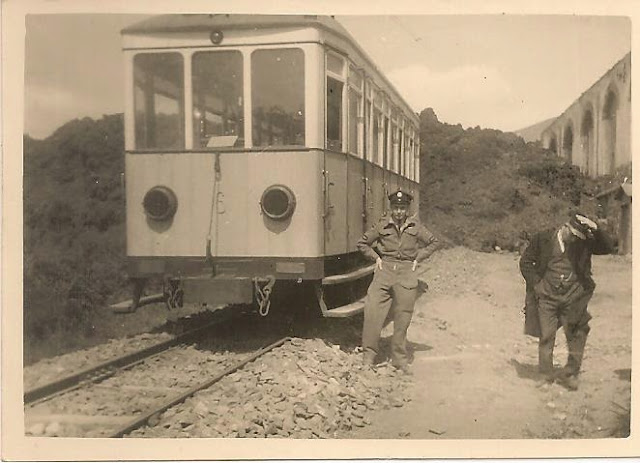 Lava blocking the line of the Funicular Trolley up Mt Vesuvius.

It was during his time in Sicily and later in Italy that Eddie formed his great love of opera. He moved with his command into Italy late 1944 early 1945, where in January 1945 his command group had an audience with the Pope in the Vatican City. During the entire period of his active service, he wrote to and received letters from his mother Beatrice, highlighting the closeness of the bond between them.

Having risen to the lofty heights of Corporal, he was pleased to be demobbed on the 8th December 1946 and returned to work for the London Electricity Board. Earlier, in March 1946, he married Joyce Irene Fletcher, the daughter of Charles and Charlotte Fletcher, who had a newsagent’s business on Winn’s Common, in Plumstead. Eddie and Joyce had a son, Russell Neil (me) on 27th September 1949, in the Hainault Hospital, Erith. The marriage did not last and my parents divorced in 1951.

He married for a second time in 1955, this also ended in divorce, and there were no further children. In 1965 Eddie/Ted married for a third time, to Sheila Mildred Matcham, the daughter of a trawler-man from Cleethorpes, Grimsby. They met in Yugoslavia in 1959 when they were both on holiday. Their first home was in Nithdale Road, Plumstead, then a flat in Wessex Drive, Erith. After a few more years they moved the short distance across the road to a 3 bed semi in Wessex Drive, where they lived happily for over 40 years. 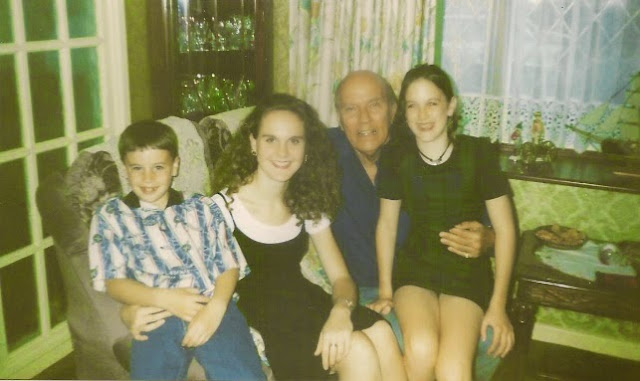 Ted with his grandchildren in 1995

He enjoyed his grandchildren and was never happier than when he teased them. He became a great grandfather on 20.12.03, when Eloise was born to grand-daughter Gemma. He always took great pride in all of his offspring.

Ted spent his entire working career within the electricity industry with the L.E.B and latterly with E.D.F., rising to become the Area Administrator, spending periods of time at Woolwich, Erith and finally Bexleyheath Head Office.

With Sheila, Ted continued to enjoy many foreign holidays and was particularly fond of Rhodes (one of the Greek Islands), which he visited many times with Sheila. He gained much enjoyment from watching Charlton Athletic FC over many seasons, through thick and thin, mainly thin. Other interests included reading, opera, classical music and the garden, which Sheila had crammed with varieties of plants and shrubs of many colours and provided many happy hours for Sheila and Ted. 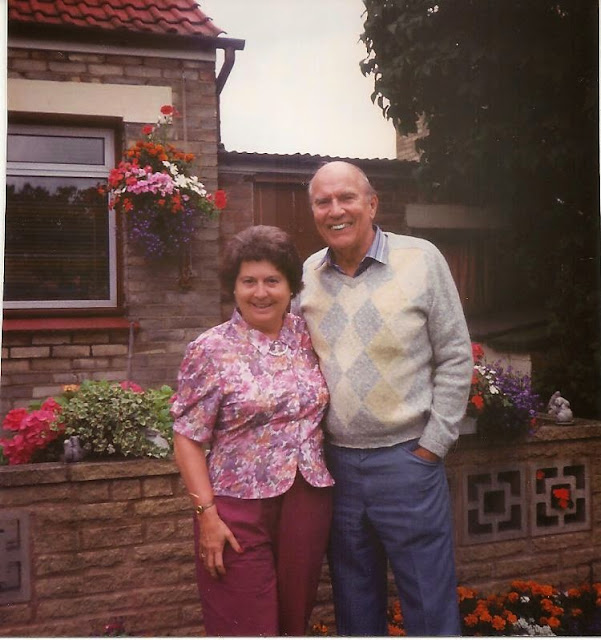 Ted & Sheila in their garden

When Ted first retired he became a volunteer driver for a local hospital. Although unable to take holidays abroad in his later years, he still enjoyed many holidays in this country, but as his health deteriorated in the last couple of years, these became impossible. He was married to Sheila for over 48 years, the majority of which were spent living at Wessex Drive until the last few weeks of his life which were spent in Darent Valley Hospital, Dartford, until he passed away on 6th February 2014 aged 90.
Posted by Phil Taylor at 02:59

Phil Taylor
I am interested in family and local history. I'd be glad to hear from you if you are related to any of the people mentioned in my blogs.